In early 2021, DCI Group completed the acquisition of Atechsys which specialises in smart drone solutions and associated resources: a design office and test and training centres.

DCI Group, operator of the Ministry for the Armed Forces for the international transfer of the French military know-how, has just completed the acquisition of Atechsys (Workforce: 17 people, Turnover: €2 M). This SMB, specialising in smart drone solutions, broadens DCI Group’s range of expertise (training, providing operational assets, consulting and assistance) to the benefit of the French Defence industry and France’s export outreach. This acquisition is part of a new strategic plan rolled out by DCI’s Chairman and CEO Samuel Fringant, together with the Ministry for the Armed Forces and the Defence procurement agency, DGA.

Following the restructuring of its shareholders, the acquisition of Atechsys marks a key step for DCI Group as we roll out a new strategic plan drawn up by Chairman and CEO Samuel Fringant in late 2019, with the backing of his supervisory bodies and shareholders.

The first goal of this plan is to strengthen DCI Group’s role as a strategic operator for the Ministry for the Armed Forces and the Defence Technological and Industrial Base (DTIB) for the transfer of French Armed Forces know-how to partner countries.

The acquisition of Atechsys will mean we can speed up DCI Group’s growth in expertises such as consulting, assistance, operational training and the provision of drone-related capabilities.

Atechsys brings to the DCI Group its engineering and innovation capabilities with its design office and its expertise in designing drones suitable for training needs. Atechsys’ ground facilities and air spaces will complement DCI Group’s simulators and operational expertise.

Aside from Atechsys’ infrastructure, all the training resources will be able to be used in training centres or schools throughout France and abroad.

This approach covers all fields of training for all categories of drones: mini-UAVs, tactical drones and MALE UAVs. It contributes to the spread of the know-how of our armed forces and to the development of unique expertise among the armed forces of France’s partner countries.

A centre of excellence supporting the French DTIB

As a sub-contractor of various State bodies (such as the DGA and the French Civil Aviation Authority, DGAC) and French defence manufacturers, Atechsys strengthens DCI in its role in supporting exports, especially for the designers and manufacturers of remotely piloted air systems (RPAS).

Another DCI Group role is that of aiding and supporting French manufacturers in the counter-UAV sector by offering consulting, training and assistance services to the armed forces of France’s partner countries.

As the operator of the Ministry for the Armed Forces for the international transfer of the French military know-how to France’s partner countries, DCI Group has been offering Consulting, Assistance and Training services for more than 45 years. DCI Group has its head offices in Paris and several sites throughout France. DCI is continuing to expand internationally with innovative, high added-value services through the development of new partnerships. With a workforce of nearly 850 employees, DCI Group generated a turnover of €222 M in 2019.

Based in Pourrières in France’s Var region, for a decade now Atechsys (workforce: 17 people, turnover: €2 M) has been making tailored drones for its clients, offering its services as part of an integrated approach. Through Atechsys Academy, Atechsys also offers professional training adapted to the profile of each student. Its courses include theory and practice. A leader in professional and leisure training since 2008, Atechsys Academy offers a variety of training programmes for remote pilots, technicians and mechanics on fixed and rotary wing aircraft. 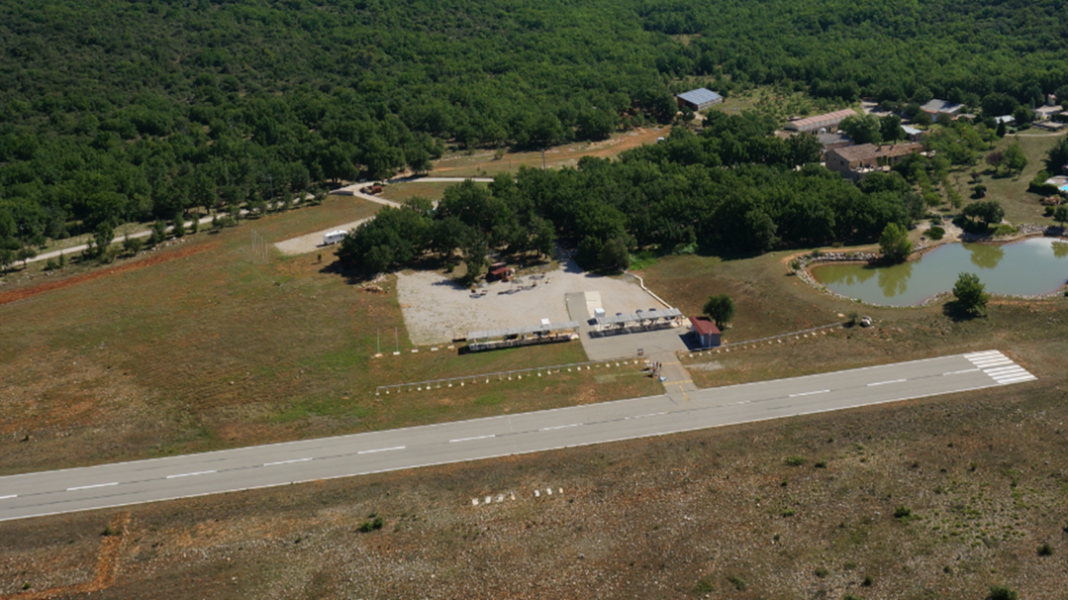 We use cookies on our website for its proper functioning and for audience measurement purposes in order to offer you an improved and personalized visit experience. By clicking on "Accept all", you consent to the use of all cookies placed on our site. By clicking on "Refuse all", only cookies strictly necessary for the operation of the site and its security will be used. To choose or modify your cookie preferences as well as withdraw your consent at any time, click on "Personalize your cookies" or on the "Cookies" link at the bottom of the screen. To find out more about the cookies and personal data we use: read our privacy notice
ACCEPT ALLREFUSE ALL
Personalize your cookies
Information on available parameters

We use cookies on our website for its proper functioning and for audience measurement purposes in order to offer you an improved and personalized visit experience. Among these cookies, those in the “Necessary” category are stored in your browser as they are essential for the basic functioning of the website.

Cookies from other categories will only be stored on your browser with your consent. You can therefore choose, activate or deactivate each category of cookies below.

Necessary Always Enabled
Necessary cookies are crucial for the basic functions of the website and the website will not work in its intended way without them. These cookies do not store any personally identifiable data.
Analytics
Analytical cookies are used to understand how visitors interact with the website. These cookies help provide information on metrics the number of visitors, bounce rate, traffic source, etc.
Advertisement and Social Network
Advertisement and Social Network cookies are used to deliver videos (YouTube) to the user. These cookies track the visitor across several sites and collect information to provide the services.
SAVE & ACCEPT
Cookies